Railroads were the country’s primary source of freight transportation prior to 1930. Between 1930 and 1960, railroads were detrimentally affected by the growth of air and truck transportation. In the east, railroads were financially harmed by the collapse of coal traffic in the 1960s as the country shifted to oil. As a result, between 1967 and 1972, six major northeastern railroads went bankrupt. To address the imminent collapse of freight and passenger traffic in the east as a result of the railroad bankruptcies, Congress passed the Regional Rail Reorganization Act of 1974 (the “3R Act”). The 3R Act provided interim funding to the bankrupt railroads and created Consolidated Rail Corporation (Conrail) as a government-funded private company. Under the Act, the United States Railway Association (USRA) prepared a Final System Plan, identifying the rail lines from the bankrupt railroads that would be transferred to Conrail. The Final System Plan was approved by Congress as the Railroad Revitalization and Regulatory Reform Act of 1976 (the “4R Act”) and signed into law on February 5, 1976. 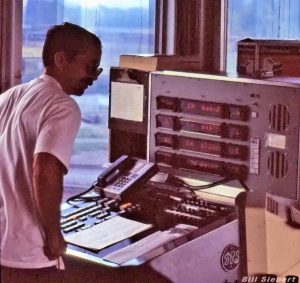 Conrail was incorporated in Pennsylvania on February 10, 1976, and began operations on April 1, 1976. The Company’s mandate was to revitalize rail service in the Northeast and Midwest and to operate as a for-profit company. Conrail’s economic recovery and turnaround began in 1980 when the Staggers Rail Act was signed into law. The Staggers Act largely deregulated railroads, the rates for which had been fixed since the turn of the century when railroads represented virtually the only mode of transcontinental transportation. The Staggers Act made railroads more competitive with trucks by allowing them to price services, adjust rail rates, react to market conditions, and provide special contracts. Conrail’s first year of profitability came in 1981. By 1983 Conrail was the fourth largest freight hauler in the United States. In 1985, Conrail management proposed a plan for the public offering of Conrail stock. By the fall of 1986, the Conrail Privatization Act was signed, authorizing a public stock offering to return Conrail to the private sector. In 1987 Conrail was returned to the private sector in what was then the largest initial public offering in U.S. history, raising $1.9 billion.

In the spring of 1997, Norfolk Southern Corporation (NS) and CSX Corporation (CSX) agreed to acquire Conrail through a joint stock purchase. CSX and NS split most of the Company’s assets between them. The Surface Transportation Board (STB) officially approved the acquisition and restructuring of Conrail on July 23, 1998. NS and CSX took administrative control of Conrail on August 22, 1998. The approved merger plan restructured Conrail into a Switching and Terminal Railroad operating about 1,200 miles of track in three regional areas. On June 1, 1999, Conrail began operating as a Switching and Terminal Railroad for its owners, NS and CSX, in the three geographical areas of Northern New Jersey, Southern New Jersey/Philadelphia, and Detroit, Michigan. In 2007, it expanded its operations from Northern New Jersey to Staten Island, New York.